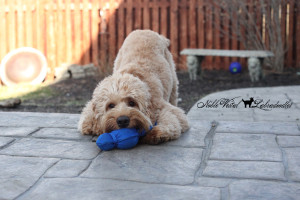 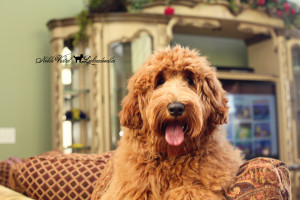 September 14, 2017
Congratulations to our Juicy puppy families! I have loved every second of raising these babies for you and can't believe that in just a short week I will meet all of you but sadly kiss these little puppies on the noses as they walk out of our home in your arms..
L-R: Baby Girl 1, Baby Boy 1, Baby Boy 2, Baby Boy 3, Baby Boy 4

I am so incredibly excited for all of you! Please order food today so that you have it when you get home with your puppy. They eat the grain free all stages Life's Abundance (< link to food). You will not find this food at the store and your puppy should eat the same food during the first year of his life while his GI system matures.

September 9, 2017
I don't know if I will ever get tired of seeing cute puppies! And seriously they just keep getting cuter and cuter!

Juicies puppies are almost seven weeks old, they have mastered being cute, eat only the grain free Life's Abundance < linked to food, are sleeping in their crates of a night and a few times during the day when they need a break from exploring, they spend most of their day following me outside while I do chores or pestering a cat.

This upcoming week they will go to the vet for their last checkup and then we will be doing assignments. We will be doing scent detection work as part of our evaluations to see who will be the best candidate for blood sugar level detection. I hope to record this and post later.

September 3, 2017
The puppies have grown so much that they actually look like little dogs now! They are playing with toys, have mastered the ramp, steps, tunnels and slides! They are enjoying playing in the grass and have been on eight different types of surfaces (carpet, wood, tile, concrete, dirt, grass, gravel and plastic). They are 100% weaned, have been combed, bathed and had their nails trimmed! It has been a busy week.

August 26, 2017
Juicy's puppies are five weeks old and have decided that it is finally time to EAT big dog food, they are eating the grain free all stages Life's Abundance (< link to food). They also think that they want to go outside to play in the sun with the big dogs. I love watching babies grow and develop.
August 19, 2017
If we aren't sleeping we are trying to lick you in the face!

Juicy's puppies have settled in to the fast paced life around them. They are becoming curious to the sights, sounds and people in our home. They had their nails trimmed and got bigger id collars today.

August 13, 2017
Juicy's puppies are exhausted from moving from their whelping area into a larger space with a potty station. They immediately took to going potty on the potty station. Our potty training protocol allows our puppies to be raised in a clean area which later translates into good potty behaviors as puppies move into your home. Puppies who are raised in a dirty area where they urinate and defecate where they sleep are much harder to potty train, many do not care if have to sleep in their own waste.

Eyes are starting to open!  The puppies will not have full vision and won't even at 8 weeks of age.  They can tell by smell if I or someone else has walked into the room.  They are moving on their own and actually standing up and taking a few steps.

The babies have had a great first week of life! They have more than doubled their birthweight this week. Life is delicate. Puppies need a properly balanced environment, they rely solely on Juicy to provide this. It is critical that they say warm, warmer than normal is good. They must have nourishment available at all times and to be cleaned by their mother.  An infant puppy's major sense is their sense of smell, they use their sense of smell to locate and stay close to Juicy at all times.