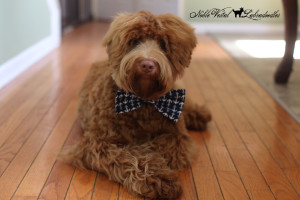 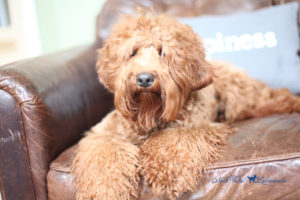 April 22, 2017
Congratulations to all of our Rosie puppy families! I can't even tell you all how much I love each of these babies and have enjoyed raising this litter for you. I cannot wait to meet you next Saturday!  Please order food today so that you have it when you get home with your puppy. They eat the grain free all stages Life's Abundance (< link to food). You will not find this food at the store and your puppy should eat the same food during the first year of his life while his GI system matures.

Rosie's puppies are enjoying playing outside and chasing Rose. They are sleeping in crates of a night and almost have me convinced that they are perfect little angels.
The puppies got their Distemper and Adeno virus vaccines this week.

Rose's puppies have finally gotten big enough to move into the kitchen. They are loving the fast paced life there. The fresh air from the door being open and visits from Mia, Rogue, Yahtzee, Schoog and Babe. They are eating like there is no tomorrow!

They got their first puppy vaccine this week, had their nails trimmed and are getting lots of cuddles.

April 01, 2017
Rose's puppies have finally gotten big enough to move into the kitchen. They are loving the fast paced life there. The fresh air from the door being open and visits from Mia, Rogue, Yahtzee, Schoog and Babe. They are eating like there is no tomorrow!

They got their first puppy vaccine this week, had their nails trimmed and are getting lots of cuddles.

April 01, 2017
The puppies have moved to a larger space in our family room, decked out with actives to help them develop. They have even started eating the grain free Life's Abundance (< link to food) soaked in goats milk. They are enjoying the new sights, sounds and smells around them and Rose is enjoying sleeping on our bed.

March 25, 2017
The puppies are growing fast! They can now walk confidently! They are using their potty station 100% and would love to eat Rosie's food too if they could!  The puppies love to be held and cuddled. They had their nails trimmed this week and are doing great.

Rosie's puppies are fat and happy.. There is not much else to say when they are being tended to so well. Rose is a great momma, her puppies have nearly doubled in weight.