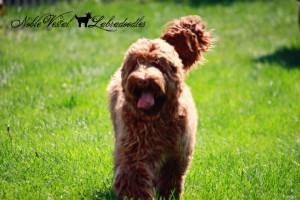 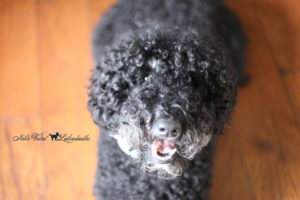 October 22, 2018
It is always great when I call families with assignments or post assignments and everyone tells me that they were assigned their family's favorite puppy!

October 20, 2018
Babe's puppies are getting ready to go home.. They have been fun puppies to raise! They love to run and play in the grass and be outside in the sun.

They had their last vet visit yesterday and everyone checked out great! We will be doing assignments very soon so check back in with this post and our website for details.

October 14, 2018
Babe's puppies are having fun playing in the grass, they love the cool air that Fall has delivered. They have now been exposed to seven different floor surfaces. This helps build confidence and socialized the puppies to new situations while they are young. Building well rounded puppies is all about the exposure and experiences puppies receive early in life. You will need to be prepared to continue their socialization once they are home.  The puppies have received their distemper and adenovirus vaccines this week. We visit the vet at the end of the week for their final physical evaluations and then we will do assignments. They are eating Life's Abundance grain free all stages food

October 7, 2018
Babe's puppies have the lay of the land now. They have moved to the big kid's place where they have big climbing toys, balance toys and hiding spots. They are eating big the grain free all stages Life's Abundance and think life is great. The puppies had their parvo vaccine this week and had their nails trimmed.

September 29, 2018
Well folks.. they are eating! I knew that wouldn't take long! They are really sweet and love snuggles! WOW I can't believe how focused they are at such a young age. The puppies had their nails trimmed this week.

September 22, 2018
Babe's puppies are on the move! They are walking and going fast! They would like to eat some real food but are too little for that right now.  They had their nails trimmed and we have continued bio sensor handling.

September 15, 2018
Their eyes have just opened but they still do not have full vision and won't even at 8 weeks of age.  They can tell by smell if I or someone else has walked into the room.  They are moving on their own and actually standing up and taking a few steps.

September 8, 2018
Happy Saturday Puppy Friends, Fans and Families! Babe's babies are huge! It has been a while since I have had babies this big. I know they look little in the picture but they are solid bricks. Their eyes and ears are sealed as they are still developing. The puppies greatest sense is their sense of smell and ability to detect heat. They use these senses to close near their mother and siblings. Young babies require constant nutrition and warmth to survive.