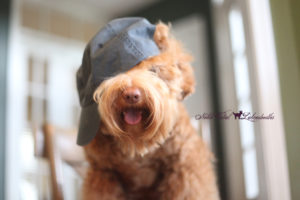 July 08, 2018
Am I the only person fascinated by the way this group of puppies changes every single week?! I love watching them grow but this goes beyond that.

Glitch's puppies are fully self reliant, they eat big kid food for every meal and Glitch supplements with snacks from the tap. She loves her babies and hasn't given in to the fact that they really are big now. The babies have been playing outside as the weather permits (usually very early morning and after dusk) but today we have been outside all day and they are loving the wide open space to run and play in. The puppies had their nails trimmed and got their distemper and adenovirus vaccines this week and are sleeping in crates now too.

July 01, 2018
They romp, they stomp, they grr and play. They eat big kid food, sleep without a nightlight and their mom. They are venturing outside to explore and have fun. They had their nails trimmed and their parvo vaccine this week.

June 24, 2018
Goodness Glitch's babies are getting big and they are starting to have opinions. They did not want their photo taken today but did finally decide to let me get one half decent shot.

The puppies are starting to explore the option of eating Glitch's food! They got new bigger collars which they did not like for the first hour but then decided to take a nap, when they woke they had forgotten. They had their nails trimmed and are doing great!

June 16, 2018
awe.. sweet babies are growing. They are moving around and can now get out of their area! They have been introduced to a potty station and instantly took to using it. Their default sleeping position is on their backs, it is so sweet to see all of them sleeping belly-up. They still have a lot of growing left to do but we sure are loving them at this stage of smooshy puppiness.

June 9, 2018
Eyes are open!  The puppies still do not have full vision and won't even at 8 weeks of age.  They can tell by smell if I or someone else has walked into the room.  They are moving on their own and actually standing up and taking a few steps.

June 2, 2018
Glitch is an excellent momma.. her babies are so content. Not much is happening yet. The babies mostly eat, sleep and poop with Glitch's help of course. We have five more weeks of development before their personalities blossom. I love watching them grow and develop from week to week.