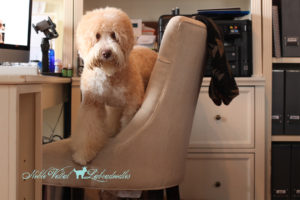 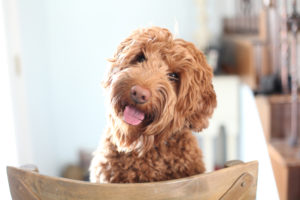 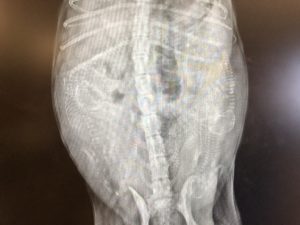 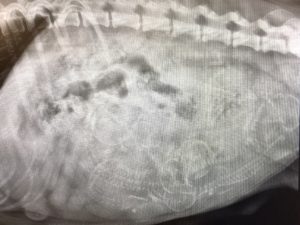 Once you know your puppy's name please let me know so that I can update our list.

May 5, 2018
It has been a beautiful week here and we have played outside in the grass! We have officially walked on hardwood, carpet, concrete, gravel, dirt and grass.

We have started sleeping in crates with a buddy and should be sleeping solo by the time we go home.

We have had our first round of vaccines, nails trimmed, a bath and took a five minute ride in the car this week. Fun stuff preparing to go home... it won't be long... Our final vet visit is this upcoming week and then we will find out who are humans are! Humans please check the calendar of events under Important Dates and be sure you have scheduled your puppy's first vet visit.

April 28, 2018
Veruca's babies are far cuter today than last week. They have mastered life, eat like champs, keep their living space clean which makes my life awesome, they love playing with toys and exploring the tunnel, balls and mastered the slide! We are working on Sitting for attention.

April 21, 2018
Last week you saw them eat like never before. This week you see the direct result is that they have grown so much! It is almost like looking at different puppies! They won't fit in this chair for pictures again..

Rue's babies have the hang of their potty station and eating and they are on the cusp of the next developmental phase which will be fun to watch.

April 14, 2018
Well.. Here it is. They can't stay babies forever. Veruca's babies have decided that they need more than their momma's milk and they want food. As you might have caught in a live video that I posted earlier the puppies had been fed, we started taking pictures but they demanded seconds. This coupled with finding the babies in Veruca's bowl a few times this week is telling me that they want more.Today the puppies decided that it was time to eat real food, they loved their first meal of canned venison from Life's Abundance ! The puppies started using a potty station, are starting to explore with their mouths.. nibbling on each other and Veruca.

April 07, 2018
Veruca's babies have opened their eyes but even after they are fully open the puppies still won't have full vision and won't even at 8 weeks of age.  They can tell by smell if I or someone else has walked into the room.  They are moving on their own and actually standing up and taking a few steps.

March 30, 2018
Rue's puppies are fat and happy.. There is not much else to say when they are being tended to so well. Rue is a great momma, her puppies have nearly doubled in weight. Right now they sleep, eat and poo and none of those things are done without the aid of their mother.  We started Early Neurologic Stimulation earlier this week and will continue through the next week. I will talk more about this later.