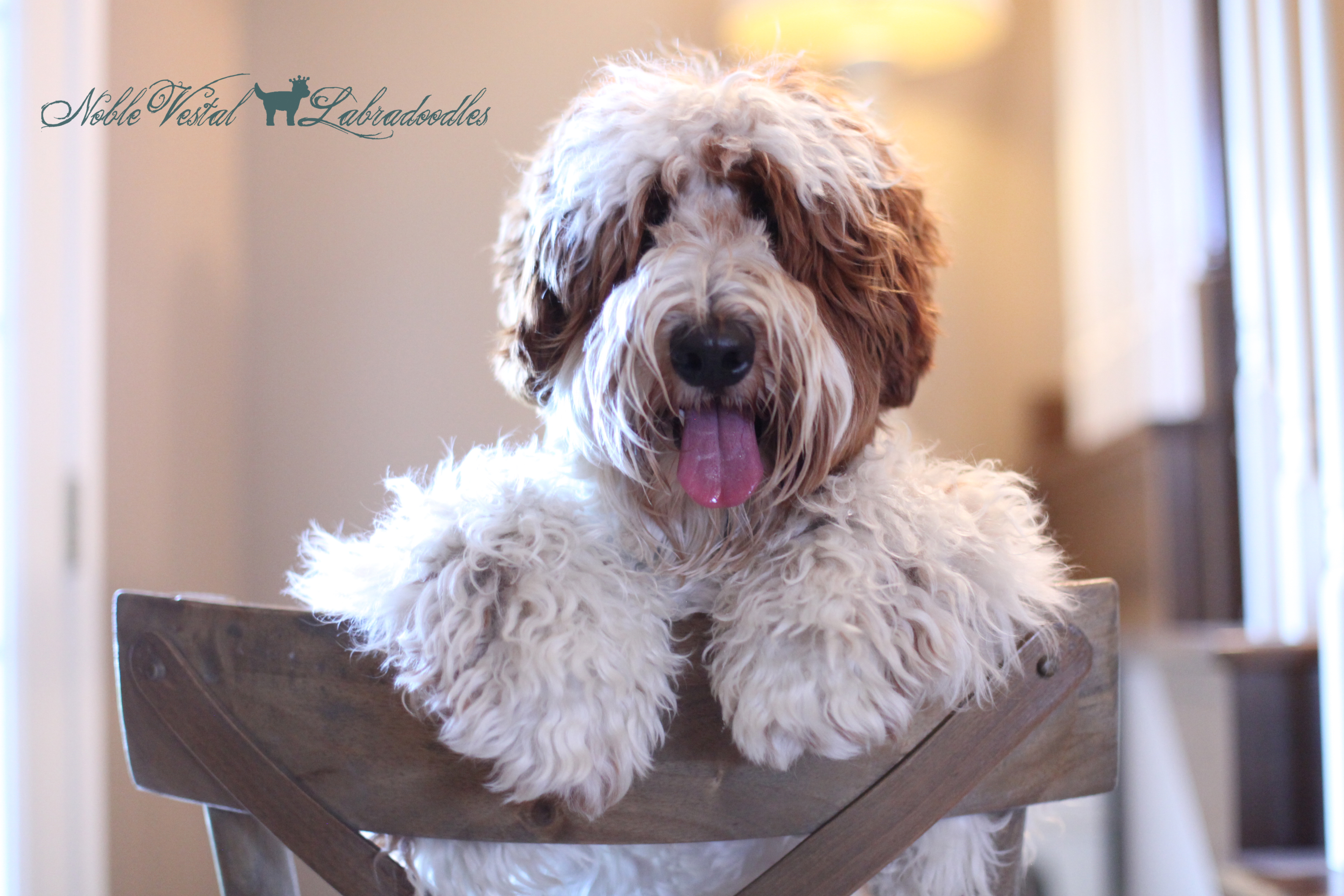 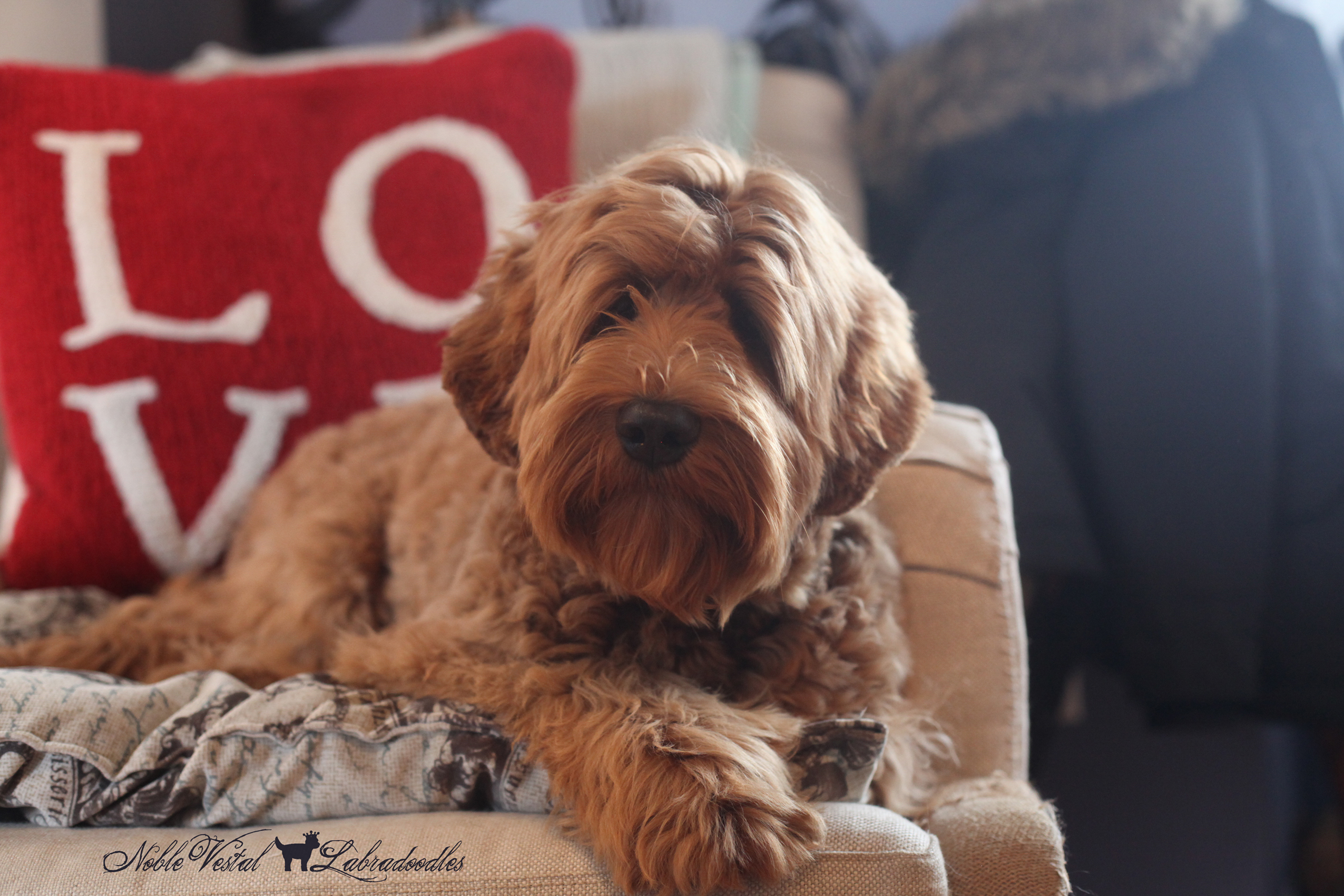 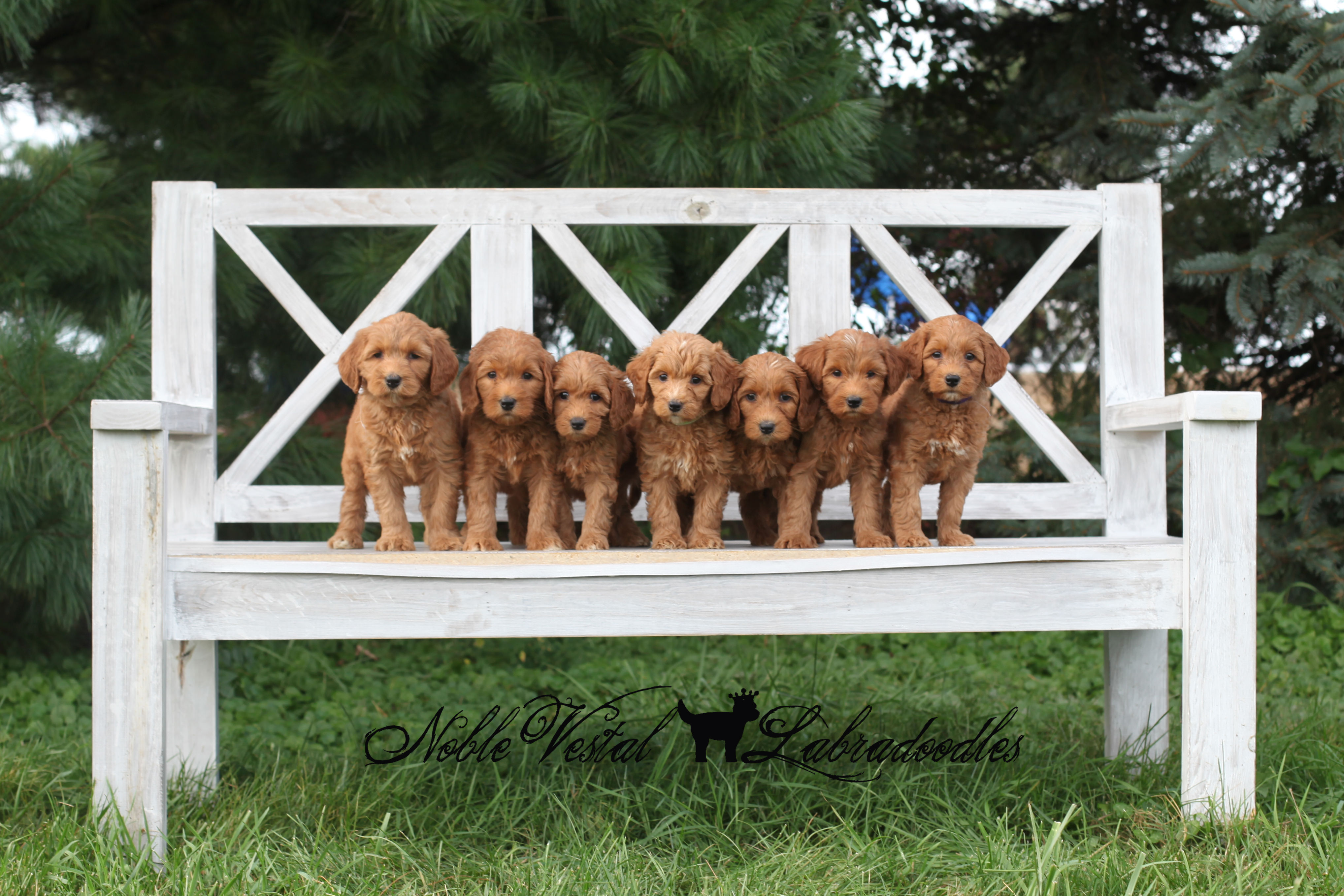 I am so excited for each of you! Please let me know your puppy's name as soon as you know what you are going to name her! Order food today so that you have it when you get home with your puppy. They eat the grain free all stages Life's Abundance You will not find this food at the store and your puppy should eat the same food during the first year of his life while his GI system matures. They also love their bully sticks. Puppy Pick Up Is For Essential Adults Only! Please respect that other families are on a tight schedule.

April 13, 2019
It is so unbelievable how fast they grow from teeny tiny babies who are born with their eyes closed to little dogs! This is actually part of what is known as the rapid growth stage. I love watching them grow and develop.

The puppies are sleeping in their crates, doing their morning potty on the grass outside, have played in the grass, walked on the gravel drive, concrete and even played in the dirt. They are loving the fresh Spring air.

April 5, 2019
Puppies have can't decide if they like food or the milk bar more and since Posey and Sundae are such willing mommas they get both! They have potty trained quickly to their potty station. The puppies have mastered the steps on the slide, the slick slide surface, the unstable surface of the wobble board and teeter totter.  The puppies are being desensitized to these unusual surfaces as part of our protocol to help them develop into more confident dogs.  The puppies were filmed as part of an interview I did on our handling and socialization protocol, hopefully I will get to show you all a peek at the video soon.  They had their nails trimmed this week and a bath even thought they didn't really need it. They loved relaxing in my hands in the warm water.

March 30, 2019
Spring has sprung and so have we! Posey's babies look like little dogs now!

The puppies had their nails trimmed this week and have continued their daily handling exercises.

March 23, 2019
Posey's puppies have decided that being little is not for them. They moved into their puppy suite, a large area with a potty station, play area and food! They aren't ready for food yet but that doesn't stop them from trying! Usually I just find them asleep in the food bowl. They have mastered drinking water though.

We have continued daily handling and they got their nails trimmed this week.

March 16, 2019
If you're feeling Irish or think Posie's babies might be and this makes you want to kiss them, it is ok. You can because we have a few reservations available!

Their eyes have just opened but they still do not have full vision and won't even at 8 weeks of age.  They can tell by smell if I or someone else has walked into the room.  They are moving on their own and actually standing up and taking a few steps.

March 09, 2019
Posey's puppies have nearly doubled in size. Earlier this week I adjusted their collars to accommodate for their growth but today I had to change their collars to the next size up!

Some mamas like horses are born with their eyes open, landing on their feet and run within a few short minutes of their birth. Puppies however are not yet fully developed when they are born. Their  eyes and ears are still are still sealed shut to protect them while they are developing. Eyes have a protective coating on them that make them appear blue, this coating dissolves when they are about 12 weeks old.

March 03, 2019
It was a pretty good week. No complaints from Posey and none from her little nuggets. Puppies who are quiet are content, this is a sign that they are getting what they need. To be honest the first week of life is really delicate, the first few weeks can actually be delicate. Puppies need 100% of their mother 100% of the time. They require her heat. Puppies cannot regulate their own body temperature therefore we use heating nests and keep their area extra warm.  If their body temperature falls they cannot properly digest their food. This becomes a vicious cycle. They need nutrition for many obvious reasons but if they cannot digest their food their blood sugar levels drop and they cannot stay warm. See the circle. So moms spend 100% of their time except for when they have to relieve themselves with their babies.  Right now the puppies' greatest sense is their sense of touch and smell, this helps them find their mother.