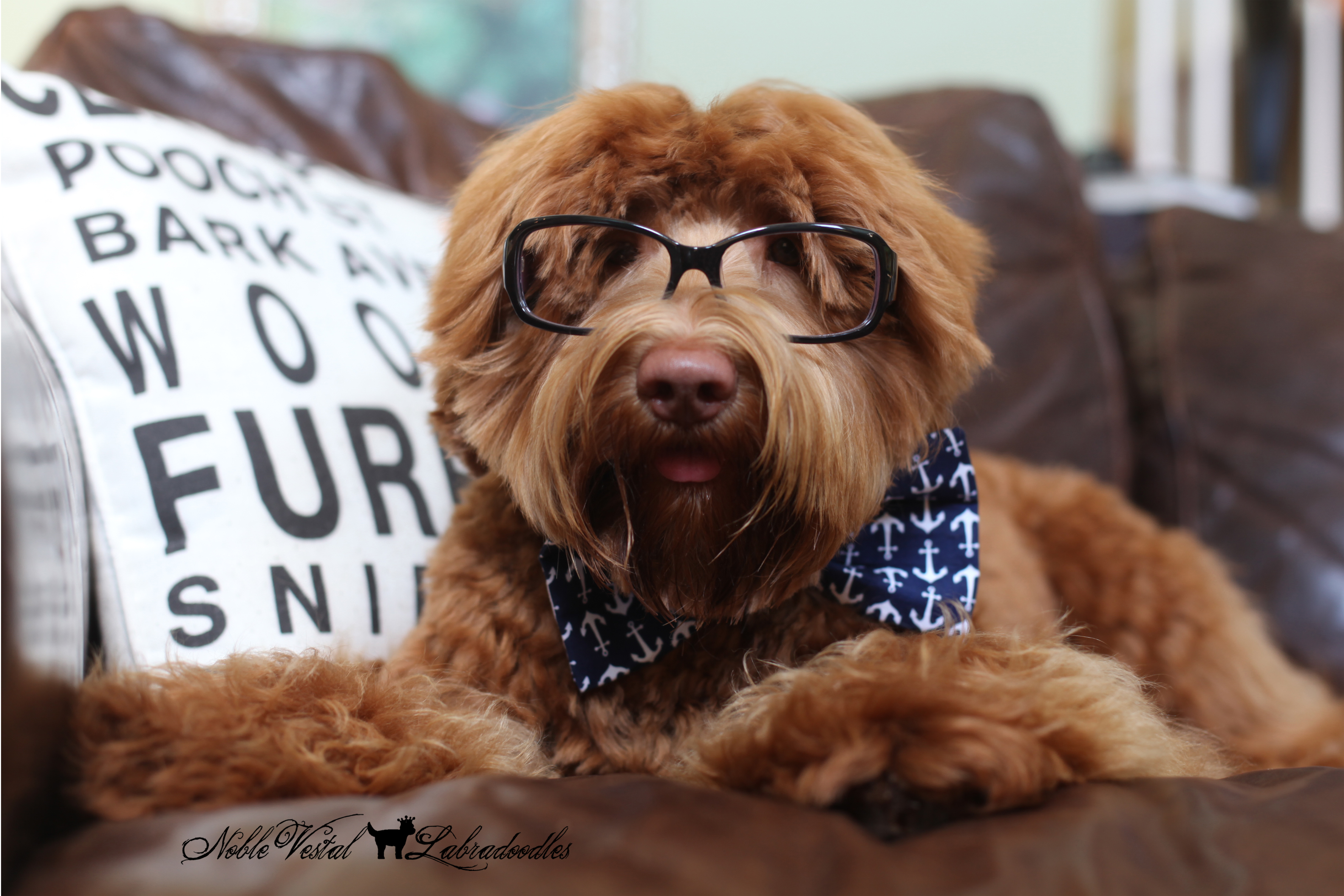 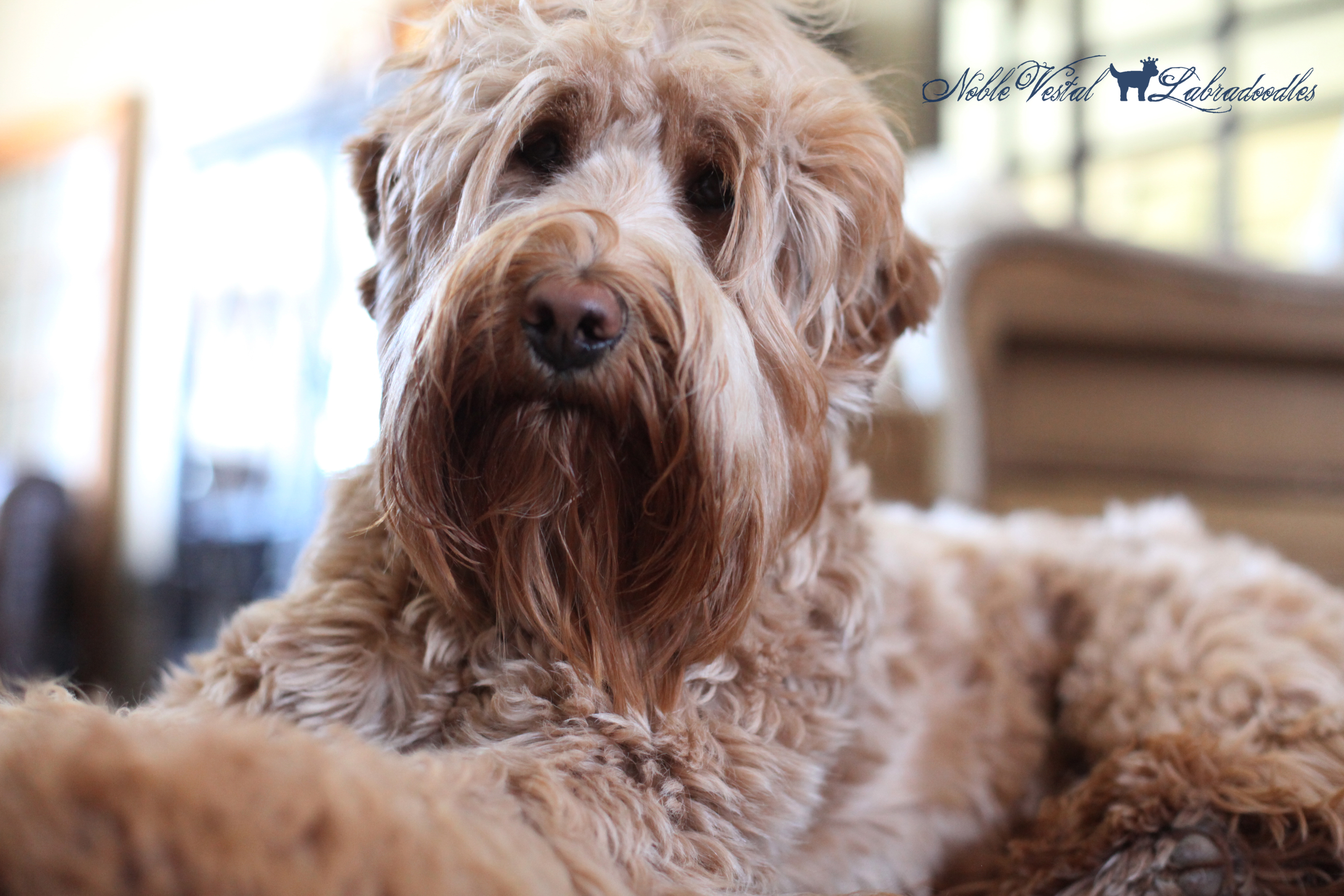 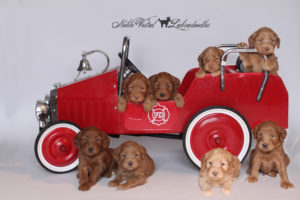 L-R: Pink S Girl, Lavender S Girl, Yellow S Girl, Red Boy, Purple Boy, Yellow Boy, Green Boy, Blue Boy.
Pink S Girl- Yvie Fulton Chicago IL
Lavender S Girl- Corso Wardrop Palm Desert CA
Yellow S Girl- Nora Heitzman Indianapolis IN
Red Boy- Kevin Truncali South Bend IN
Purple Boy- AVAILABLE Medium Boy
Yellow Boy- Bregman Talkington Tomball Tx
Green Boy- Milo Pierle Indianapolis IN
Blue Boy- AVAILABLE Medium Boy
I am so incredibly excited for you all!!! Please let me know your puppy's name by Wednesday! Order food today so that you have it when you get home with your puppy. They eat the grain free all stages Life's Abundance You will not find this food at the store and your puppy should eat the same food during the first year of his life while his GI system matures. They also love their bully sticks. Puppy Pick Up Is For Essential Adults Only! Please respect that other families are on a tight schedule.

May 19, 2019
Rogue's puppies have had a big day! They are doing great! They love playing outside on nice days but on the rainy ones we stay inside and play in the ball pit or with interactive toys like the Buster Cube and other puzzle toys.

May 11, 2019
Rogues babies are sweet little butter balls but that is common for Judge puppies. They have big Judge heads and if you don't know what I mean by this go look at Judge on our website. LOL.

They are doing great, they much prefer the milk bar and there is no rush to get them weaned because Rogue loves her babies so much. They are sweet and quiet, they only complain when they are hungry.

May 4, 2019
Rogues babies are up and active! They are thinking about eating food but aren't ready yet. They are big sleepers which means they are growing. I absolutely love their noses and their big fat heads!

April 20, 2019
Their eyes have just opened but they still do not have full vision and won't even at 8 weeks of age.  They can tell by smell if I or someone else has walked into the room.  They are moving on their own and actually standing up and taking a few steps.

April 13, 2019
Rogues babies have had a great week! They are fat and happy babies. I can't ask for anything more. An infant puppy is born with their eyes and ears sealed. They are one of only a few mammals that develop after they are born. Their eyes and ears will develop during their first 12 weeks of life. Their eyes usually open near their second week of life. For now their greatest sense is their sense of smell. Dogs sense of smell is 10,000 times stronger than a human's. Because of this the babies know when someone new is nearby.