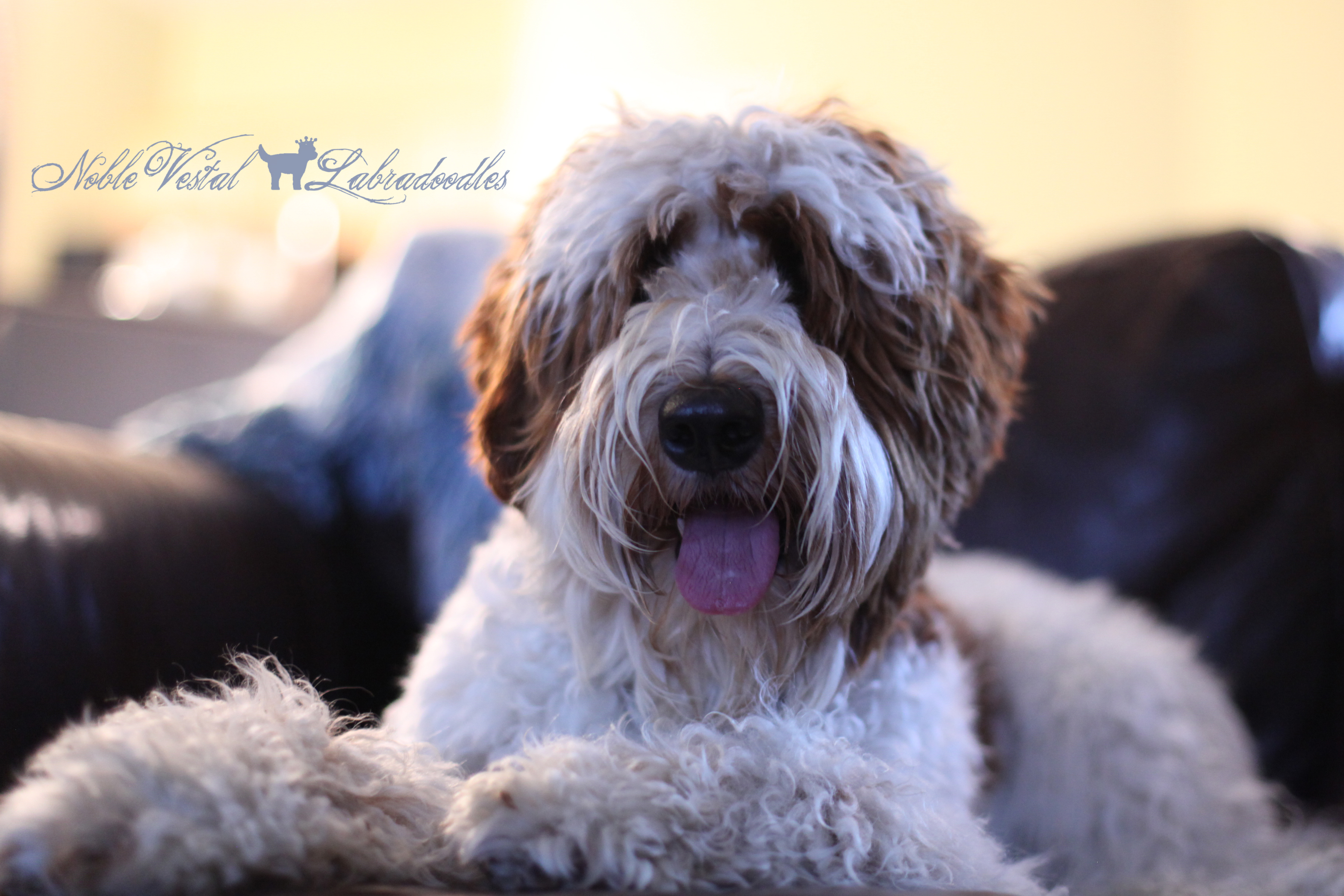 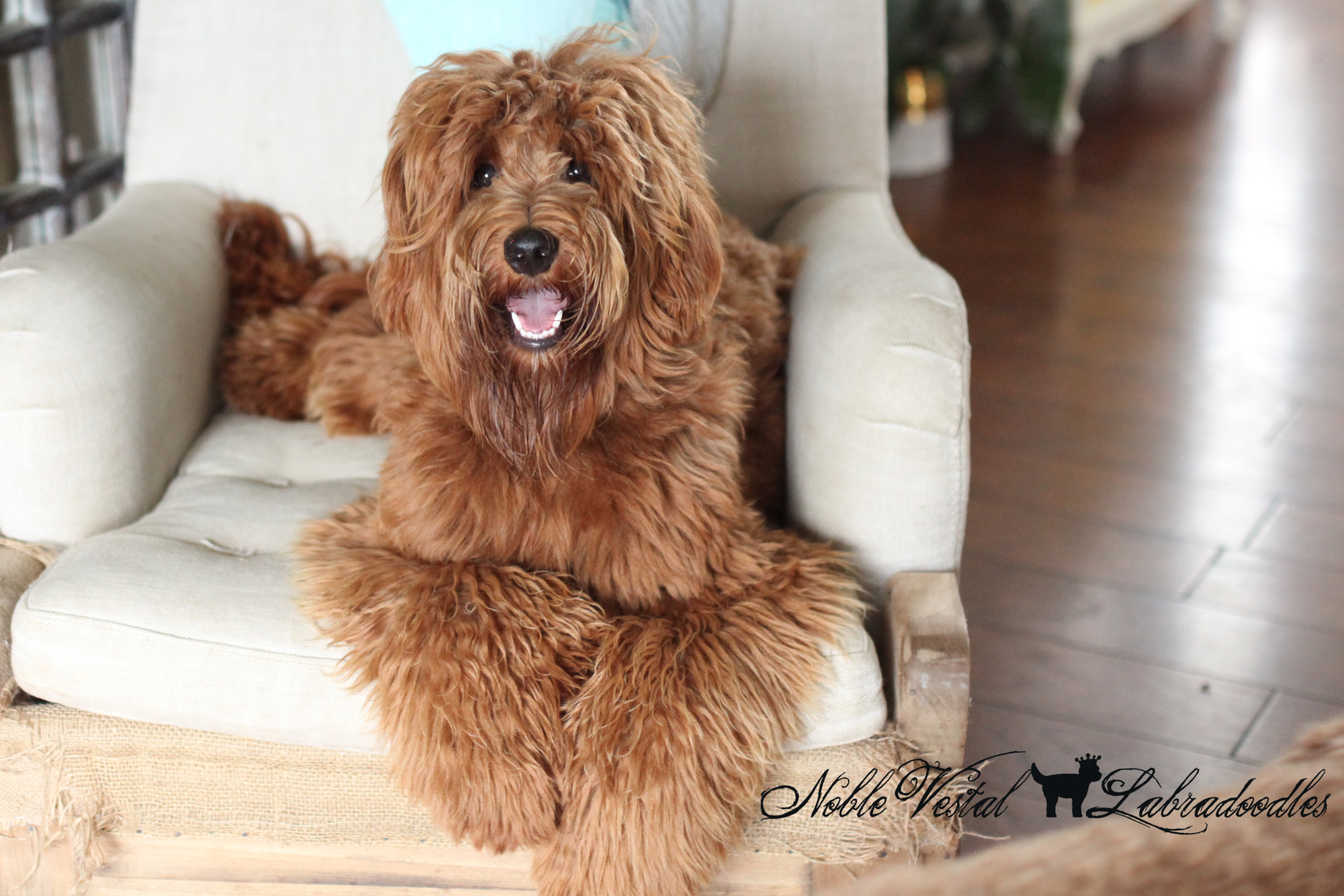 Congratulations! I hope you are as excited as I am! Please let me know your puppy's name by Tuesday so that I can finish getting packets together in time. Order food today so that you have it when you get home with your puppy. They eat the  Chicken & Sweet potato formula of pawTree You will not find this food at the store and your puppy should eat the same food during the first year of his life while his GI system matures. pawTree's probiotics will help your puppy stay healthy during the stress of the transition. The puppies love all of the toppers too! Puppy Pick Up Is For Essential Adults Only! Please respect that other families are on a tight schedule and want to return to their family as quick as possible during this holiday season. Watch your email for additional details.

November 24, 2019
I have so much joy and thankfulness in my heart when I see this litter! Pumpkin's puppies are loving their balance board and two step slide. Their favorite toys are the ones that crunch aka Go Dog Dragons. They are eating almost 100% solid food but Pumpkin can't give up nursing..  she loves being with her puppies. The puppies are eating PawTree Chicken & Sweet Potato

The puppies go to the vet this week.. and will prepare from there to join their families. Bitter sweet.

Pumpkins puppies are so amazingly perfect. I’m a little sad that there are only three and that is is the only litter that Pumpkin will have. She has been an amazing mom and her puppies are beyond fabulous in every way.  It truly makes me want to cry to know from the multiple generations that I have bred this line from that it has reached perfection

November 10, 2019
Yep we're going there! Straight from Halloween to Christmas! Sorry folks it is sleigh rides, reindeer and Santa from here on out!

Pumpkin's puppies are eating PawTree Chicken & Sweet Potato food like little horses! They also drag around toys and try to play tug with their momma which is hil'arious!

November 03, 2019
When midwesterners start messing with clocks it messes everything up. I think we should stay in bed and try again tomorrow.

Pumpkins little babies are up and moving! They think they are bigger than they are but we won't tell them any different because they are using a potty station like pros and letting Pumpkin sleep with me which Wheatie (queen of my bed) isn't thrilled about.

October 26, 2019
Their eyes have just opened but they still do not have full vision and won't even at 8 weeks of age.  They can tell by smell if I or someone else has walked into the room.  They are moving on their own and actually standing up and taking a few steps.

October 20, 2019
Oh my.. They are so precious and Pumpkin is such a good momma. Right now she spends the majority of her time with the babies. Babies need their mother for warmth, nourishment and to be cleaned. Without all three the puppies would not survive. Their eyes and ears are sealed, they are still developing. The puppies' strongest sense is their sense of warmth and smell. They use both of these senses to find Pumpkin, staying close to her is how they stay warm.

October 12, 2019
If the preciousness of this trio doesn't make your heart melt nothing will.

Pumpkin's babies arrived this week, nothing has made me smile as much as seeing this once silly girl become so devoted to these three babies.

Their reservation list is closed but I can assure this is one litter that you will love to watch grow up!