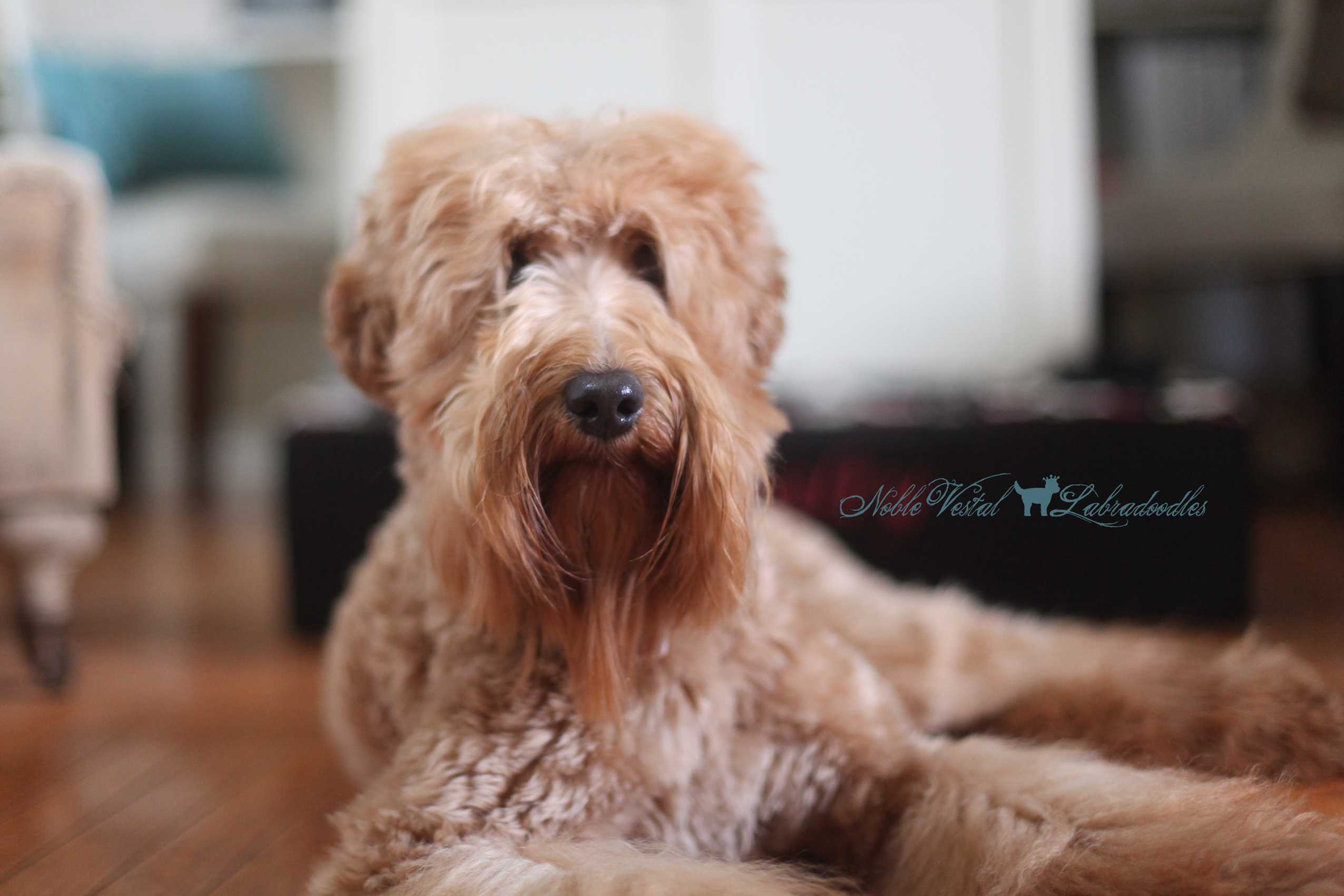 Another litter that I literally wanted to keep every single puppy from. I am telling you it is hard to not want to keep them all. Please let me know your puppy's name by Tuesday so that I can get their packets prepared. Order food today so that you have it when you get home with your puppy. They eat the  Turkey & Sweet potato formula of pawTree You will not find this food at the store and your puppy should eat the same food during the first year of his life while his GI system matures. pawTree's probiotics will help your puppy stay healthy during the stress of the transition. The puppies love all of the toppers too!  Please set up Baxter & Bella now! There is so much pre puppy homework to get done before you pick up your puppy. Use code NOBLE for 25% off.

August 8, 2020
Funny babies just want to run around, tails wagging non-stop. Trying to get a decent photo was a challenge, to say the least. I just want to lay on the floor while they all swarm me and kiss my face! Happy babies are really the greatest medicine. Our world really needs more Maggie babies!

August 1, 2020
The babies have moved to a larger play area with a slide and toys to challenge their senses. They are masters of the teeter-totter and slide and love dragging around the toys that are all bigger than they are!  They have started eating pawTree Turkey & Sweet potato formula.  The puppies are using their potty station about 90% of the time which is great for housekeeping! We have continued to do their daily handling and have trimmed their nails this week, which Cannoli is happy about.

July 25, 2020
I love watching puppies grow and develop! Maggie's puppies have really done very well in their new litter group (joining Cannoli and her two babies). Maggie is a wonderful girl but her job in life is to be loved by her humans. Being a momma caused her too much stress. This is unnecessary stress for any dog and we felt it best to allow Maggie to return to her humans and for Cannoli to take over. The puppies have really doubled in size and are developing as they should.  One little fella is going to require a special family. A family that will be able to care for his needs as he grows. He lost 3/4 of his rear foot during his first week of life. He has healed and you wouldn't know that he was any different, except he is.. missing part of his foot.

July 18, 2020
There have been some ups and downs this week. The downs were pretty major and have required that Maggies puppies move in with Cannoli and her babies. The good news is that the babies are all good now. One of the babie will need a lot of special care and attention as it grows. We will share more about this in the upcoming weeks.

The puppies' eyes have just opened but they still do not have full vision and won't even at 8 weeks of age.  They can tell by smell if I or someone else has walked into the room.  They are moving on their own and actually standing up and taking a few steps. This week the puppies have continued to be handled daily and received Bio-Senor feedback which helps them build healthy immune systems, improved cardiovascular performance, stronger adrenal glands, more tolerance to stress, and greater resistance to disease.

July 11, 2020
Maggie's puppies are a week old. I love watching puppies grow and change from week to week. Right now the babies are very delicate. They require their mother to keep them warm, to keep them clean, and their bellies full. This is a circle that must be maintained in complete form, without one the others can't happen. Cold babies can't digest, food is required to maintain blood sugar levels to maintain warmth, their mother must stimulate them in order for their bowels to work.